Raw cocoa is rich in theobromine, a stimulant that can slow down cellular aging and protect cells from free radical attack. And the polyphenols in its composition guard a good metabolism, energy levels, skin tone, act as an ideal prebiotic and regulate satiety. 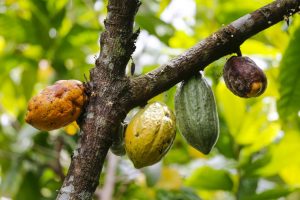 Cocoa is experiencing a renaissance. Healthy capitals of the world put chopped raw cocoa beans prominently and write texts on bright labels, describing the benefits in fifteen points. Raw cocoa beans have little in common with cocoa powder, and even more so with industrial (even bitter) chocolate. Cocoa beans are fruits of the Theobroma cacao tree that have gone through several processes:

The beans (with the sticky pulp around the shells) are placed in bins and covered for several days so that the microbes that feed on the pulp can start the fermentation process. This develops a characteristic chocolate flavor and aroma.

The fermented beans are dried for several days – once dry they can be sorted and sold to chocolate makers – or packaged as a superfood snack. The product is quite bitter, but there is something in it.

Everyone who needed the raw product took it up to this stage. Roasting further develops the chocolate flavor and adds a bit of sweetness.

The beans are crushed and separated from the outer shells, resulting in cocoa pieces called ‘nibs’. They can also be found on sale. Cocoa bean chunks are a popular topping for smoothie bowls, as well as a baking ingredient.

The split beans are ground and produce a mass called “cocoa liquor”. Ready to turn into chocolate.

This is where the healthiest story of cocoa beans ends. The mass goes either to the production of chocolate, where sugar, cocoa butter, milk, thickeners and other components are added, which remain on the conscience of the manufacturer. Or the production of cocoa powder. Cocoa mass is squeezed out, thereby separating the oil in its composition. 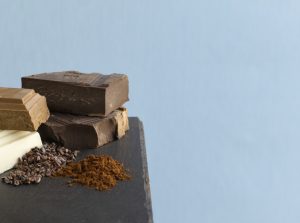 After rereading all the studies over the past 5 years on cocoa beans, I want to start talking about their benefits with the phrase: “Cocoa contains more phenolic antioxidants than most other products. Flavonoids including catechin, epicatechin and procyanidins…”. It is important to stop here. Let’s start a substantive conversation with evidence-based aspects. Still, whole cocoa beans (round, in shells, bitter in taste), crushed cocoa beans and culinary cocoa (grated and mixed with cocoa butter, unsweetened beans) are still a product with unique properties.

There are also pitfalls. Cocoa beans in chocolate are still high in calories due to the high sugar content in the product (sugar is always in the first place in the list of ingredients). In addition to sugar, emulsifiers, flavors and other achievements of the chemical industry are often found in the composition.